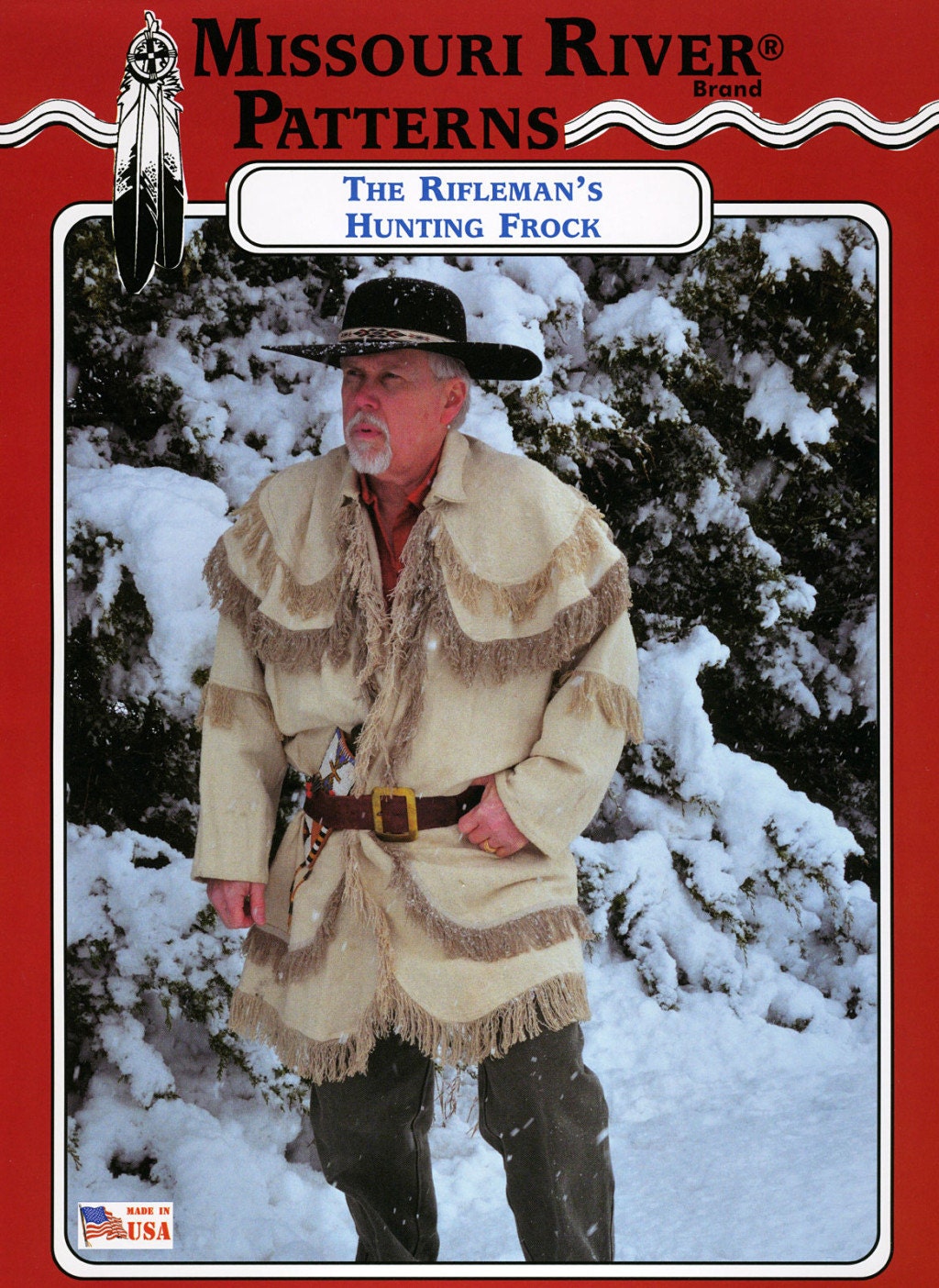 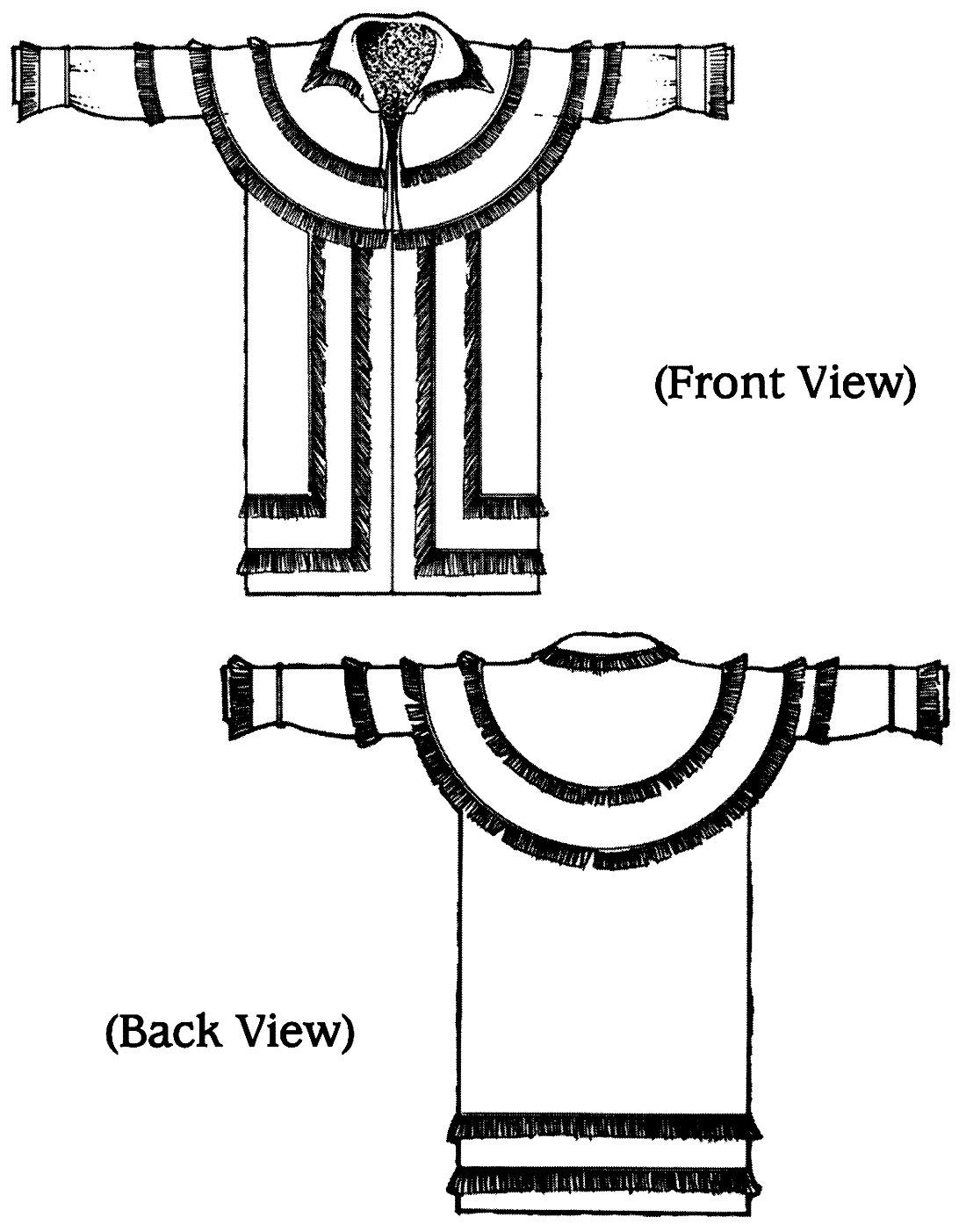 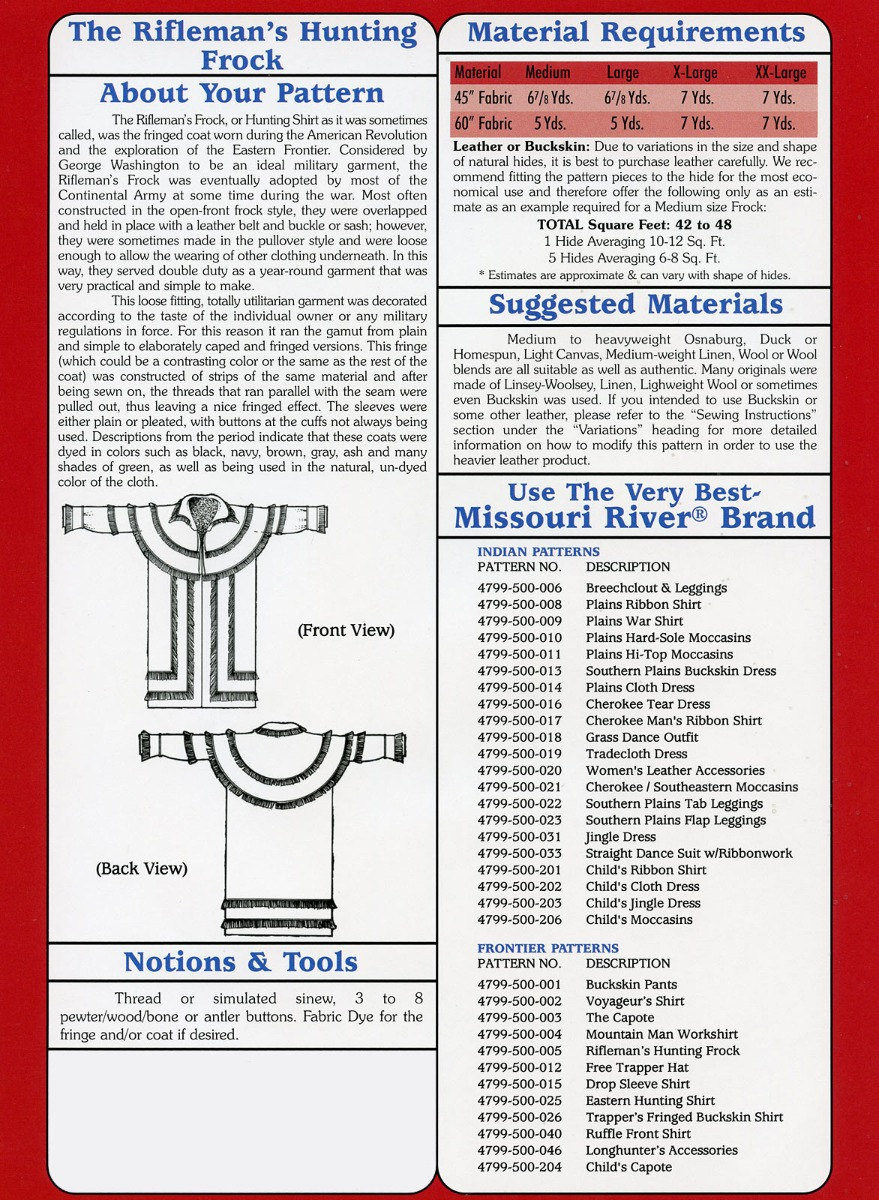 ~ item for sale is a sewing pattern, not a finished garment ~

The Rifleman's Frock, or Hunting Shirt as it was sometimes called, was the fringed coat worn during the American Revolution and the exploration of the Eastern Frontier. Considered by George Washington to be an ideal military garment, the Rifleman's Frock was eventually adopted by most of the Continental Army at some time during the war.

Most often constructed in the open-front frock style, they were overlapped and held in place with a leather belt and buckle or sash; however, they were sometimes made in the pullover style and were loose enough to allow the wearing of other clothing underneath. In this way, they served double duty as a year-round garment that was very practical and simple to make.

This loose fitting, totally utilitarian garment was decorated according to the taste of the individual owner or any military regulations in force. For this reason it ran the gamut from plain and simple to elaborately caped and fringed versions. This fringe (which could be a contrasting color or the same as the rest of the coat) was constructed of strips of the same material and after being sewn on, the threads that ran parallel with the seam were pulled out, thus leaving a nice fringed effect. The sleeves were either plain or pleated, with buttons at the cuffs not always being used. Descriptions from the period indicate that these coats were dyed in colors such as black, navy, brown, gray, ash and many shades of green, as well as being used in the natural, un-dyed color of the cloth.