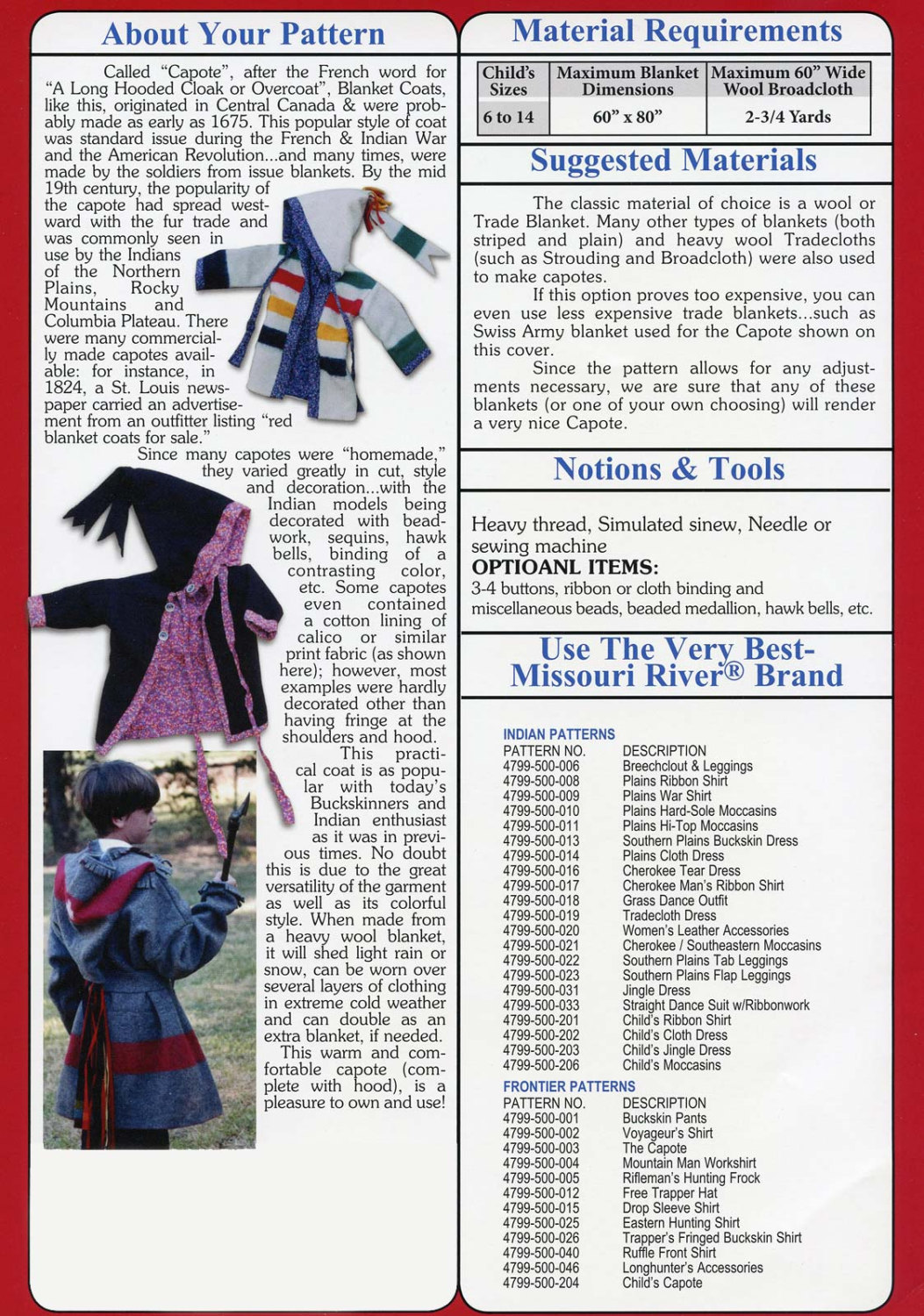 A capote is a great coat for a child. This Missouri River pattern gives complete, illustrated instructions and includes details and suggestions for various fringe treatments, decorations and trim.

Historic Notes from the package:
Called "Capote" after the French word for "Hood," blanket coats like this originated in Central Canada and were probably made as early as 1675. This popular style of coat was standard issue during the French & Indian War and the American Revolution ... and many times were made by the soldiers from issue blankets. By the mid 19th century, the popularity of the capote had spread westward with the fur trade and was commonly seen in use by the Indians of the Northwest Plains, Rocky Mountains and Columbia Plateau.

This practical coat is as popular with today's Buckskinners and Indain enthusiasts as it was in previous times. No doubt this is due to the great versatility of the garment as well as its colorful style. When made from a heavy Witney or Hudson Bay blanket, it will shed light rain or snow, can be worn over several layers of clothing in extreme cold weather and can double as an extra blanket if needed.