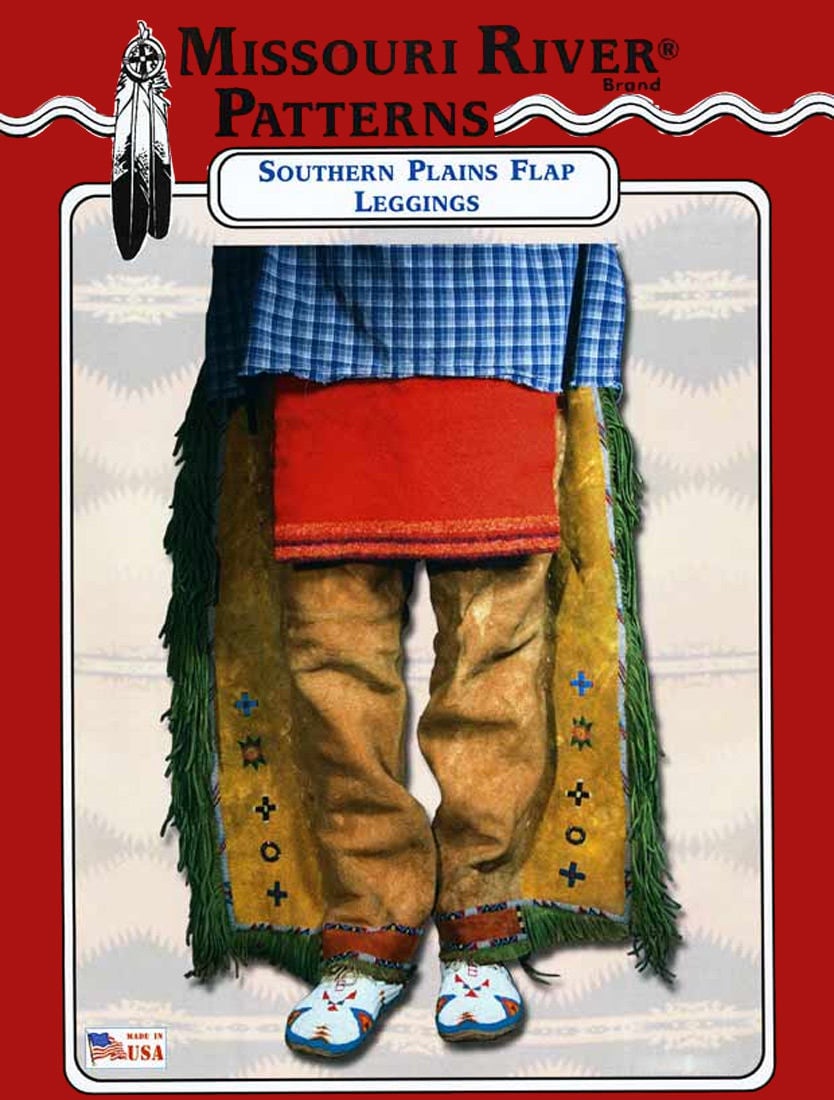 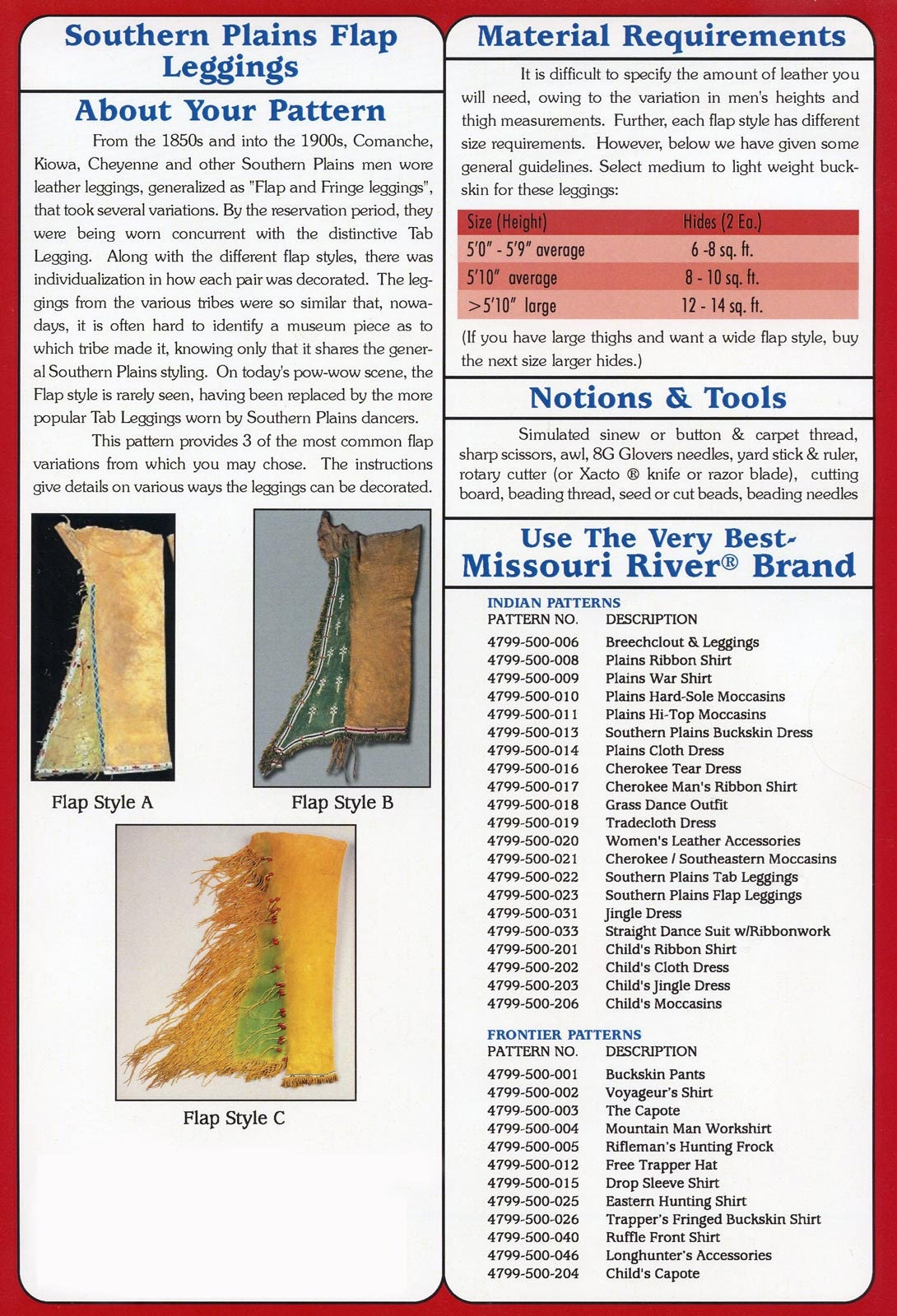 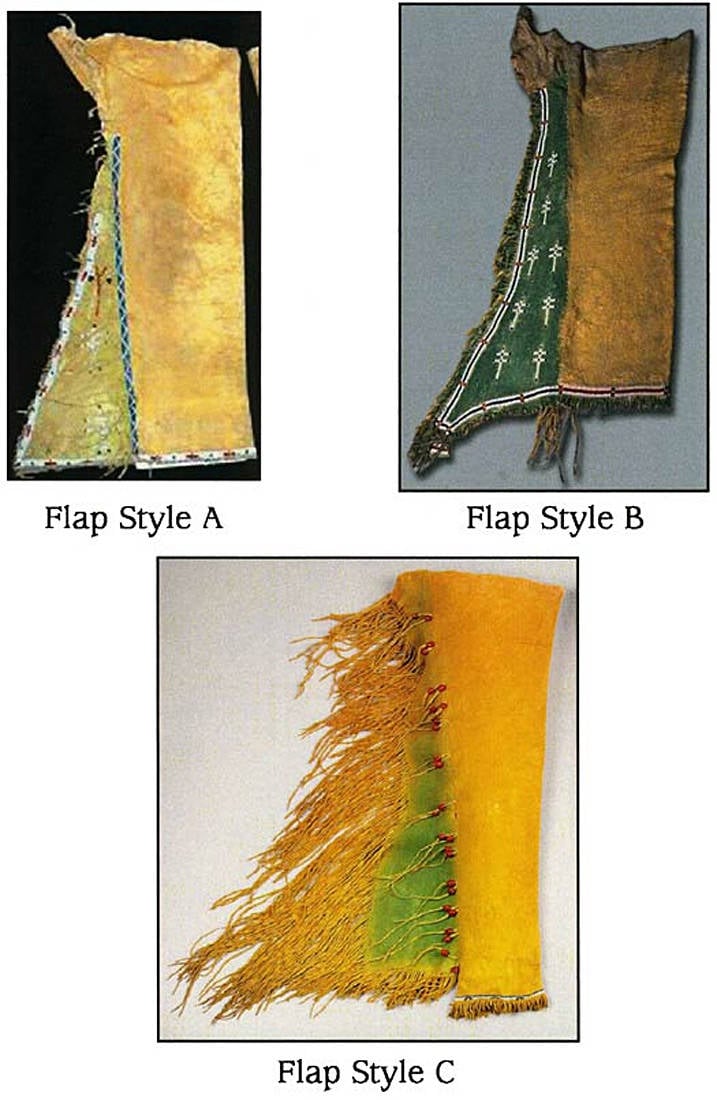 From the 1850s and into the 1900s, Comanche, Kiowa, Cheyenne and other Southern Plains men wore leather leggings, generalized as "Flap and Fringe leggings", that took several variations. By the reservation period, they were being worn concurrent with the distinctive Tab Legging. Along with the different flap styles, there was individualization in how each pair was decorated. The leggings from the various tribes were so similar that, nowadays, it is often hard to identify a museum piece as to which tribe made it, knowing only that it shares the general Southern Plains styling. On today's pow-wow scene, the Flap style is rarely seen, having been replaced by the more popular Tab Leggings worn by Southern Plains dancers.

This pattern provides 3 of the most common flap variations from which you may choose. The instructions give details on various ways the leggings can be decorated.