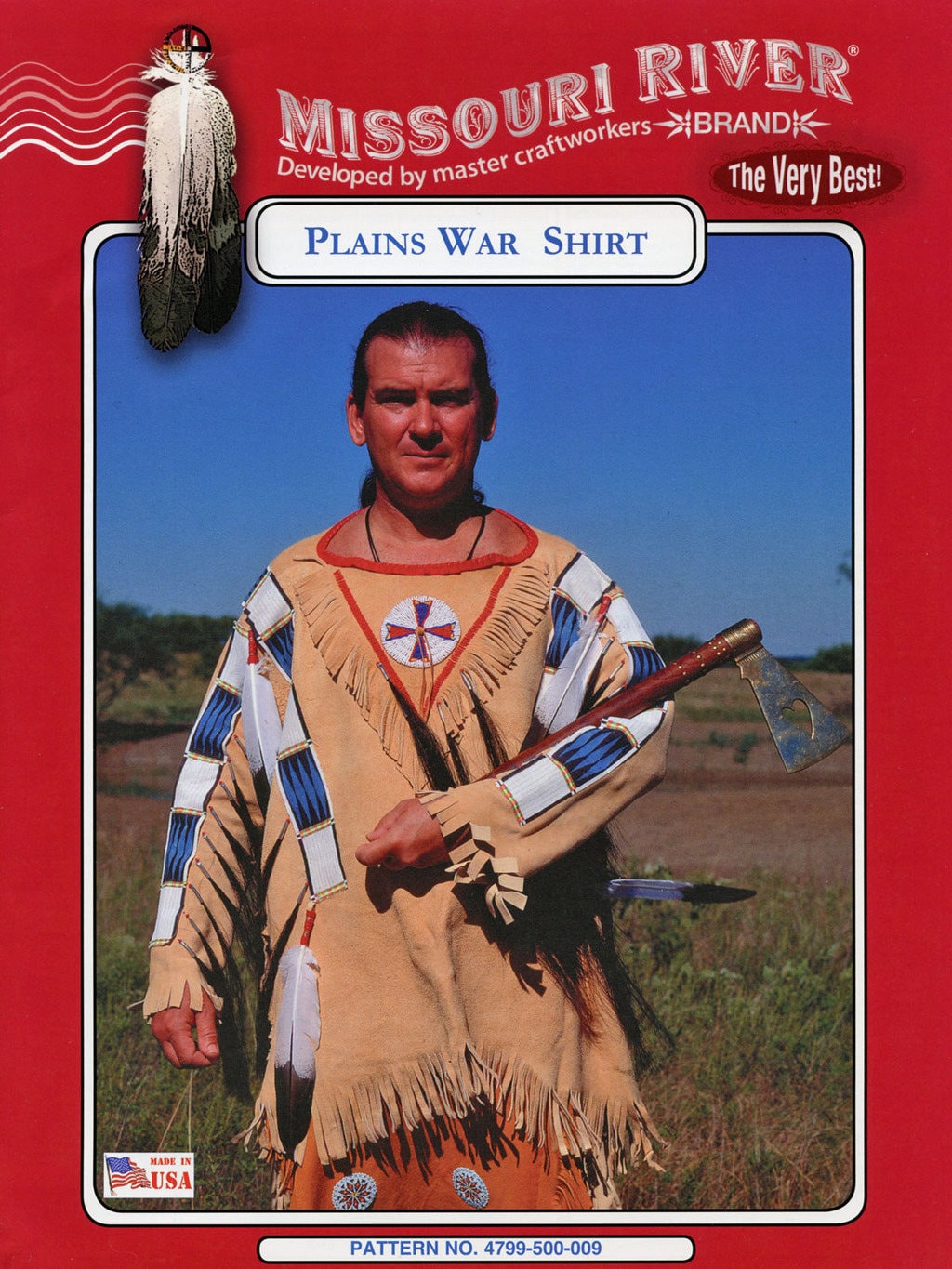 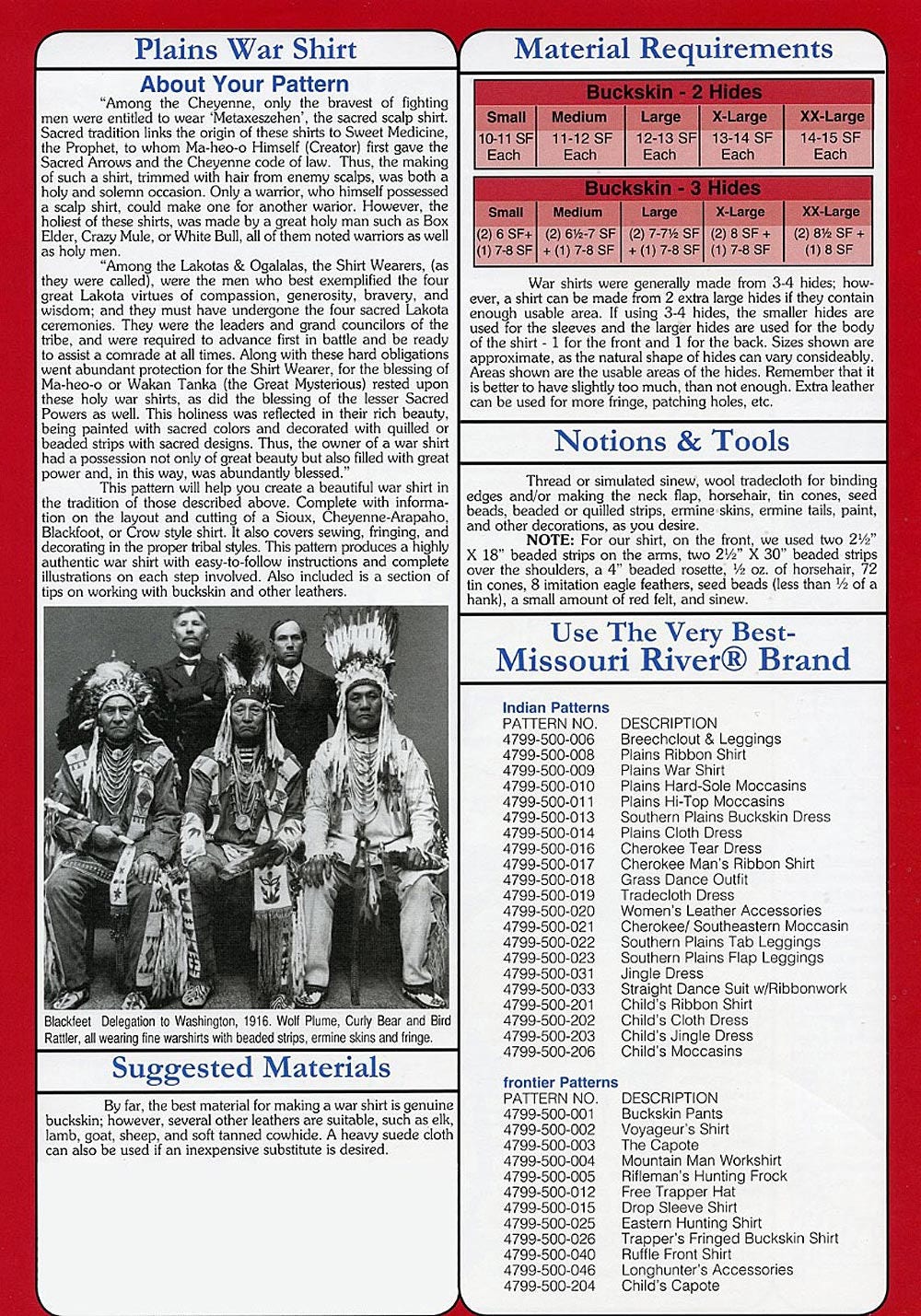 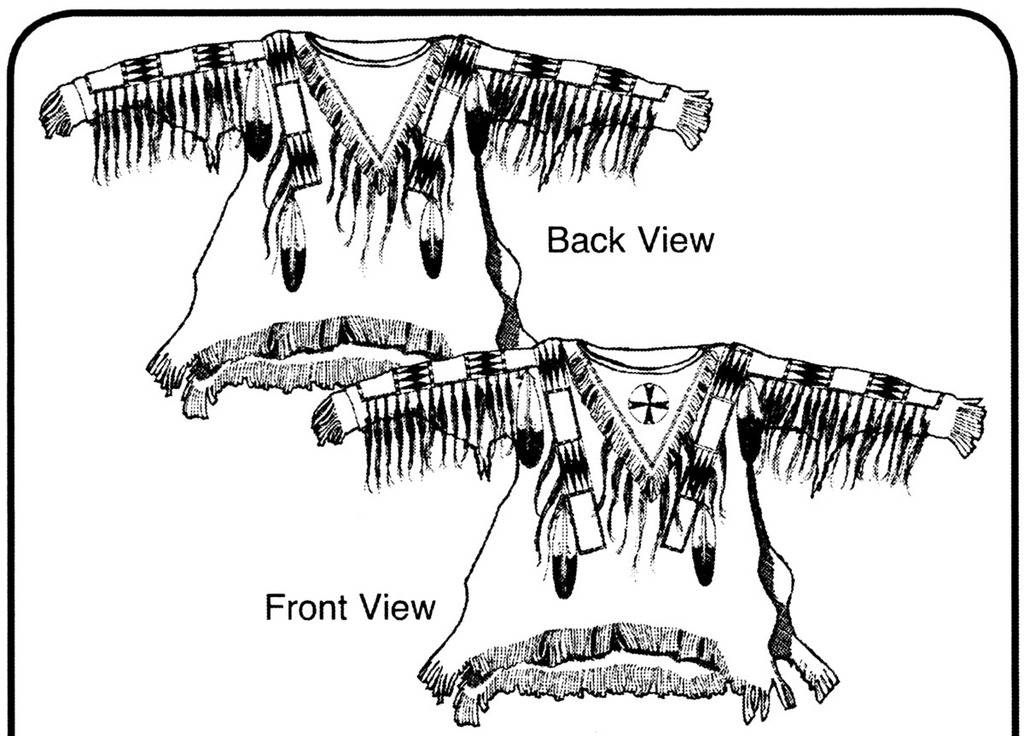 "Among the Cheyenne, only the bravest of fighting men were entitled to wear 'Metaxeszehen', the sacred scalp shirt. Sacred tradition links the origin of these shirts to Sweet Medicine, the Prophet, to whom Ma-heo-o Himself (Creator) first gave the Sacred Arrows and the Cheyenne code of law." Thus, the making of such a shirt, trimmed with hair from enemy scalps, was both a holy and solemn occasion. Only a warrior, who himself possessed a scalp shirt, could make one for another warrior. However, the holiest of these shirts, was made by a great holy man such as Box Elder, Crazy Mule, or White Bull, all of them noted warriors as well as holy men.

"Among the Lakotas and Ogalalas, the Shirt Wearers (as they were called), were the men who best exemplified the four great Lakota virtues of compassion, generosity, bravery, and wisdom; and they must have undergone the four sacred Lakota ceremonies."

This pattern will help you create a beautiful war shirt in the tradition of those described above. Complete with information on the layout and cutting of a Sioux, Cheyenne-Arapaho, Blackfoot, or Crow style shirt. It also covers sewing, fringing, and decorating in the proper tribal styles. This pattern produces a highly authentic war shirt with easy-to-follow instructions and complete illustrations on each step involved. Also included is a section of tips on working with buckskin and other leathers.