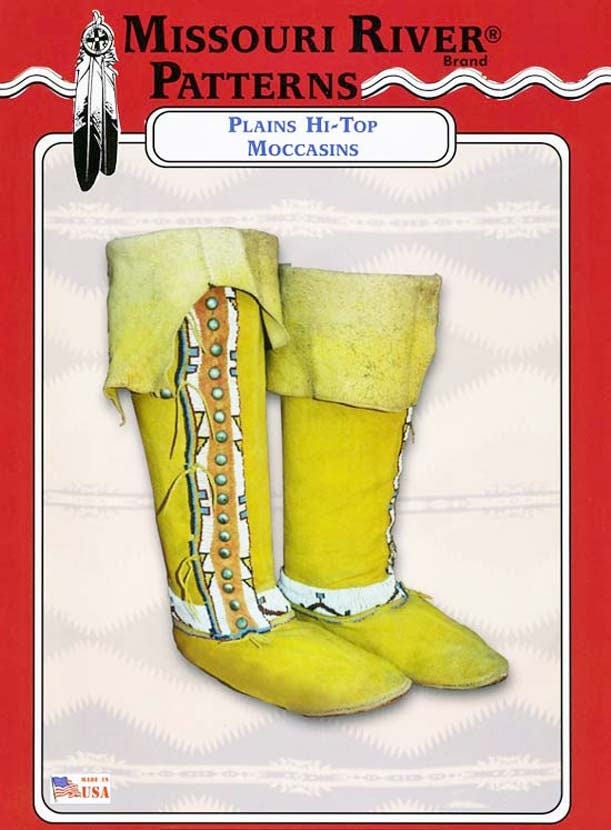 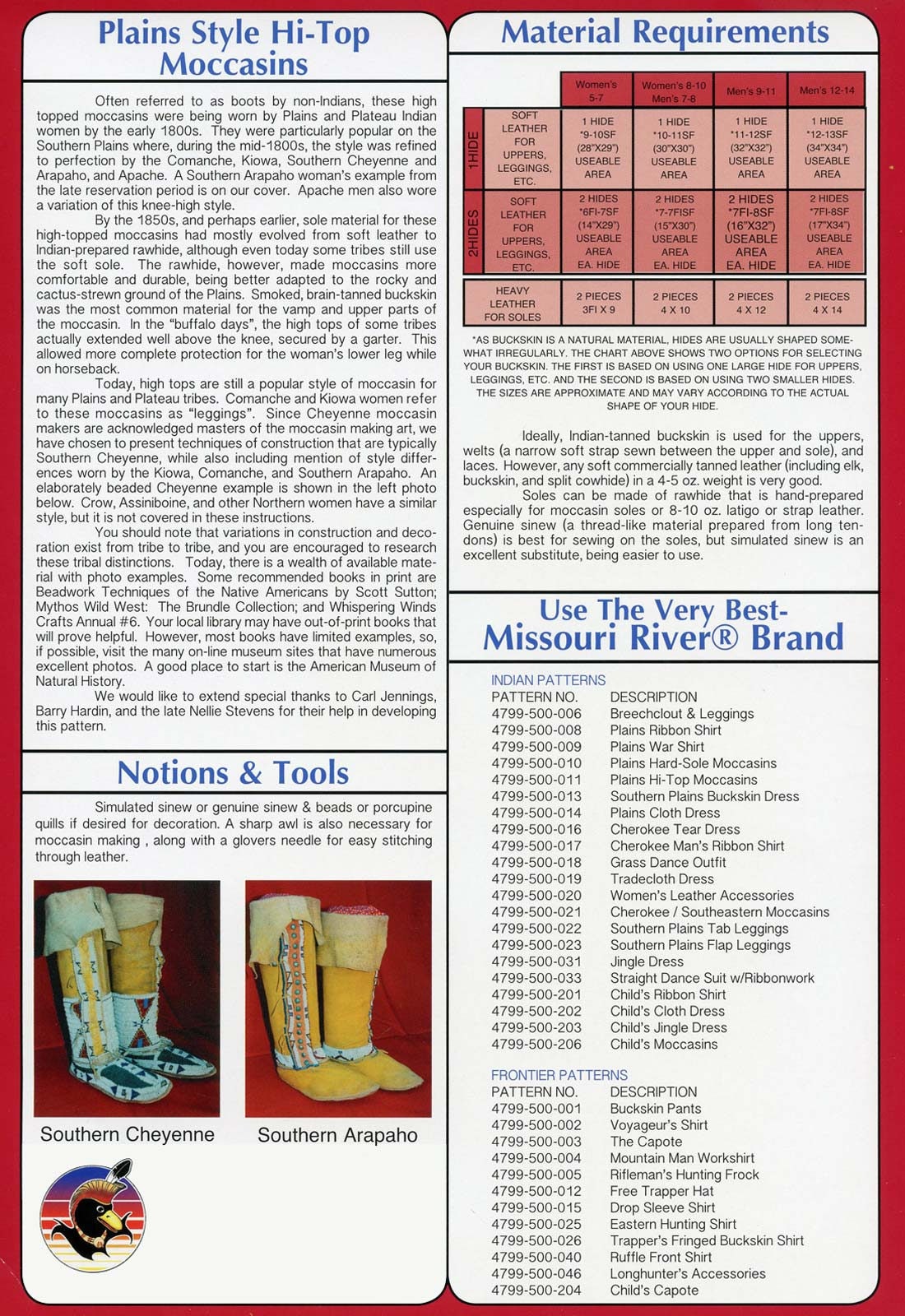 Pattern includes Women's sizes 5-7, 8-10 and Men's sizes 7-8, 9-11 and 12-14
Pattern condition: Uncut, factory folded and complete with instructions. The pattern is printed on paper for more durability.

~ Item for sale is a sewing pattern, not finished moccasins ~

Often referred to as boots by non-Indians, these high topped moccasins were being worn by Plains and Plateau Indian women by the early 1800s. They were particularly popular on the Southern Plains where, during the mid-1800s, the style was refined to perfection by the Comanche, Kiowa, Southern Cheyenne and Arapaho, and Apache. A Southern Arapaho woman's example from the the late reservation period is on the cover. Apache men also wore a variation of this knee-high style.

Today, high tops are still a popular style of moccasin for many Plains and Plateau tribes. Comanche and Kiowa women refer to these moccasins as "leggings". Since Cheyenne moccasin makers are acknowledged masters of the moccasin making art, we have chosen to present techniques of construction that are typically Southern Cheyenne, while also including mention of style differences worn by the Kiowa, Comanche, and Southern Arapaho. An elaborately beaded Cheyenne example is shown in the left photo of an image above. Crow, Assiniboine, and other Northern women have a similar style, but it is not covered in these instructions.