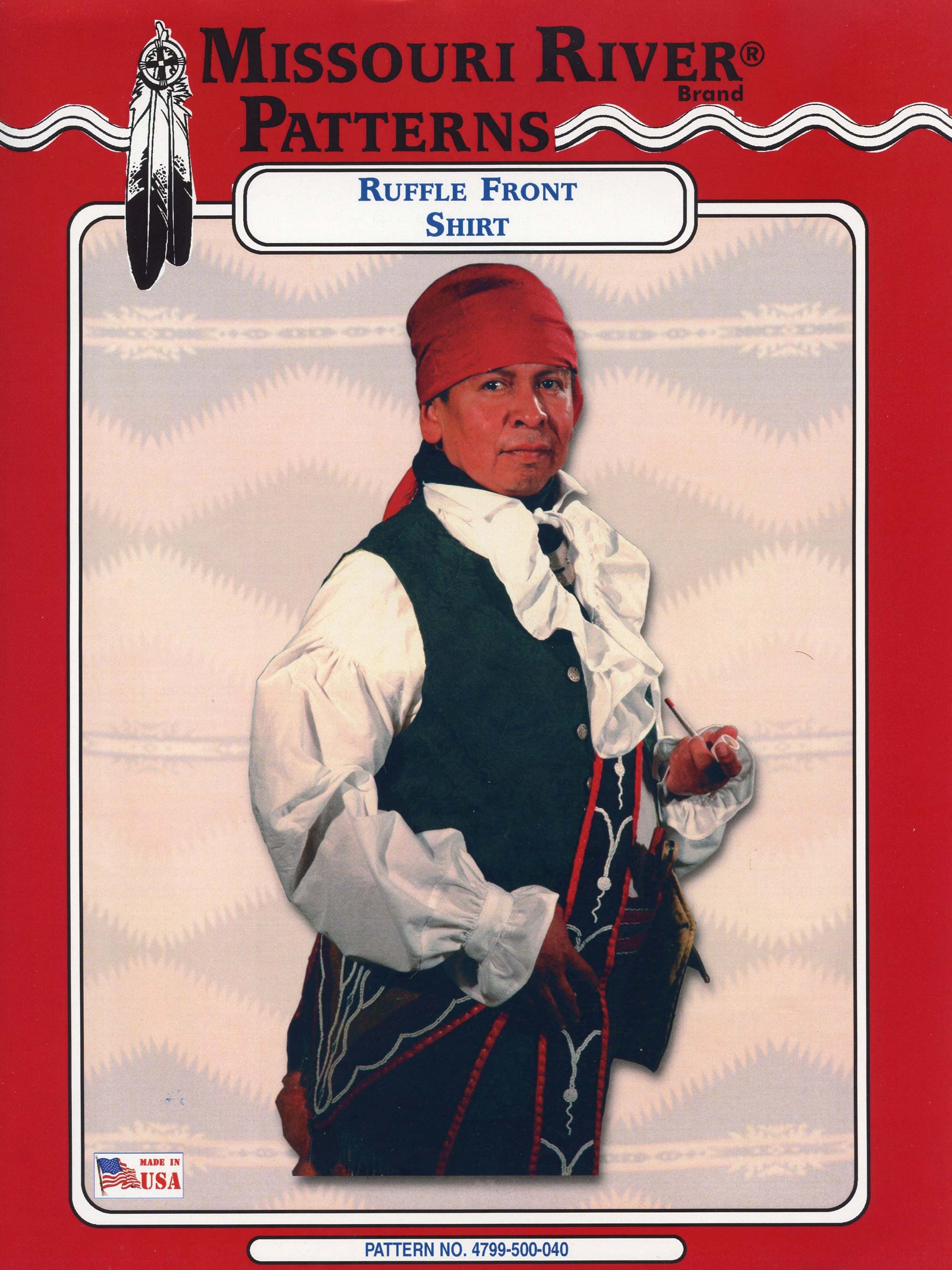 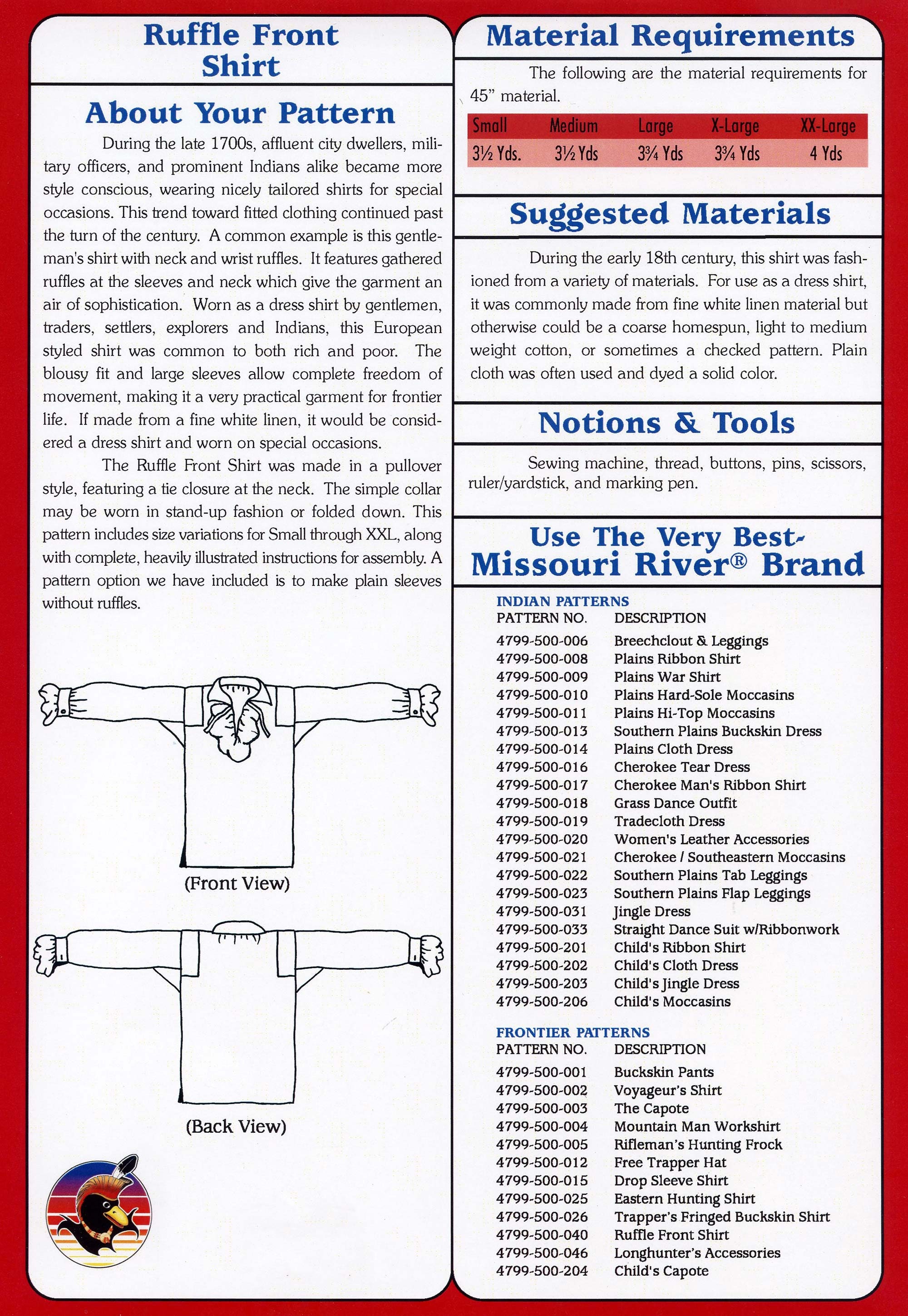 During the late 1700s, affluent city dwellers, military officers, and prominent Indians alike became more style conscious, wearing nicely tailored shirts for special occasions. This trend toward fitted clothing continued past the turn of the century. A common example is the gentleman's shirt with neck and wrist ruffles. It features gathered ruffles at the sleeve and neck which give the garment an air of sophistication.

Worn as a dress shirt by gentlemen, traders, settlers, explorers and Indians, this European styled shirt was common to both rich and poor. The blousy fit and large sleeves allow complete freedom of movement, making it a very practical garment for frontier life. IF made from a fine white linen, it would be considered a dress shirt and worn on special occasions.

The ruffle front shirt was made in a pullover style, featuring a tie closure at the neck. The simple collar may be worn in stand-up fashion or folded down. This pattern includes size variations for Small through XXL, along with complete, heavily illustrated instructions for assembly. A pattern option included is to make plain sleeves without ruffles.